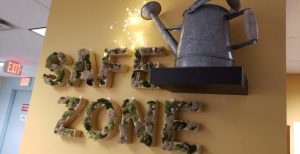 Kao’s first interaction with Face to Face was not within the walls of either of its locations. It was on the street.

After a series of miscommunications and misunderstandings, Kao no longer felt welcome in his own home. He began getting into trouble with the law, spending his first time in jail for a night. Feeling like he had nowhere else to go, he reached out to a friend and asked if he could stay with him. Thankfully, the friend said yes, and Kao had a place to sleep, if only temporarily.

“But I still didn’t feel like I could be myself there,” he remembers. “It didn’t really feel like home because I was always worried about overstepping or overstaying my welcome.” At the time, he was working a job didn’t care for, but he had to keep it in order to pay his car bill and buy himself food. 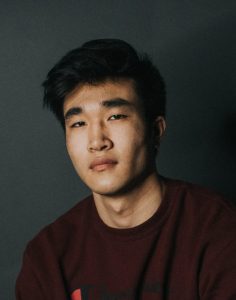 Before long, Kao got into an argument with his friend. “He was the only person I had in my life. I had no family. No friends. I was just getting by. I felt like I didn’t have much to fight for.”

Through meditation, Kao was able to get through this time. He convinced himself to fight just a little longer, live just a bit longer. That’s when he met Face to Face.

Though Kao had a hard time opening up about his mental health struggles, he did accept help with his basic needs. Rosa connected him with SafeZone, Face to Face’s drop-in center, where he got two hot meals a day for free, as well as snacks he could take on the go.

Rosa was open and accepting of Kao at a time in his life when others were not as affirming. Kao had been feeling ostracized because he identifies as LGBTQ+. At SafeZone, he met Chu, a Case Manager who helped him apply and get into the Transitional Living Program. 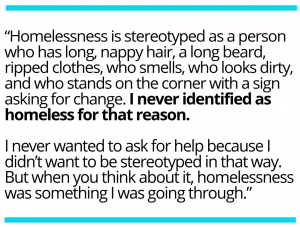 Through the Transitional Living Program (TLP), Face to Face operates 16 units of housing throughout the Twin Cities. Rent assistance is offered to youth like Kao, who are experiencing homelessness. To this day, getting his own apartment is one of Kao’s proudest moments.

“Homelessness is stereotyped as a person who has long, nappy hair, a long beard, ripped clothes, who smells, who looks dirty, and who stands on the corner with a sign asking for change. I never identified as homeless for that reason. I never wanted to ask for help because I didn’t want to be stereotyped in that way. But when you think about it, homelessness was something I was going through.”

This past summer, Kao was hired as an intern at SafeZone as a part of their pilot employment program. This program employed 10 young people, all of whom had utilized SafeZone’s services in some way, giving them on-the-job training and resume-building experience.

Kao learned how to communicate with peers well, with both coworkers and youth who came to SafeZone for help. He gained confidence in his leadership skills. He often worried about others judging him for his sexual identity or homelessness. Through the positive feedback he received from his managers at SafeZone, he was more able to be his true self and learned that most people are loving and respectful of him.

When conflict arose, he learned how to communicate and listen effectively. He often became a mediator between coworkers or between other youth, helping them hear each other out and listen to others’ needs.

His fellow interns became like family. Outside of work, they would give each other rides or food. They would be there for each other when someone was feeling sad or lonely.

As his confidence grew, he was given more responsibility and felt more able to express his ideas. He took the initiative to create an art corner at SafeZone where youth can relieve stress and express themselves through visual art. He helped the Health Educators lead Healthy Sexuality workshops.

In July of this year, Kao was promoted to a Peer Outreach Worker with Face to Face. Working at SafeZone has made Kao realize that he can give back to others in need, even if he doesn’t have much money or power. His past experiences with homelessness help other youth to connect with and trust him.

In January of 2019, Kao will meet one of his goals of enrolling at Century College. He is not sure what he wants to major in, but he knows that education is important and is taking it seriously.

His goals are to continue with school and pursue a career helping individuals. “I always want to put a smile on people’s faces,” he says.

Kao’s story is just one of so many youth who have been affected by Face to Face. Through your help, youth like Kao can have a safe place to be, even when they don’t have anyone else taking care of them. They can eat a hot meal when they’re hungry. They can get help applying to school and receive financial aid.

But we need your help to continue these services. Our youth face vast challenges every day. Because of your support, they are able to access the support they need and move past surviving to thriving. They can heal from trauma and become leaders.

At the entrance of SafeZone is a unique piece of art that Kao created commemorating what SafeZone means to him. In his own words, “SafeZone will continue to grow and continue to be a safe place for individuals.”

It will grow and continue to be a safe place, with your help. Donate today to continue our work.

Get Face to Face Updates!

What if I have no money or insurance?
Am I the right age to get help?
What medical services do you offer?
Why go to SafeZone?
Can I get help if I am not homeless?
Can I get counseling?

Face to Face has received GuideStar’s Platinum Seal of Transparency – the highest level of recognition from this organization.

Made with a Copilot